A listing of resources found in Davidson College Archives & Special Collections related to the Lingle Hut, a local historic landmark.

The Lingle Hut has been a community gathering place and site of worship for several generations of Davidson residents. Originally known as the Unity Church Cabin, Lingle Hut has most recently served as the fellowship hall for Reeves Temple AME Zion Church. The current hut was constructed by community members in the 1930s at the height of the Great Depression, but this structure emerged from a much older congregation.

Dr. J.P. Munroe, a local mill superintendent and Davidson College graduate, organized a nondenominational mill chapel in the 1890s to serve his cotton mill's workers - predominantly white citizens on Davidson's westside. Davidson College students periodically served as the ministers for the church, and this system was formalized by the Davidson College YMCA in the late 1920s. A growing congregation necessitated the building of the "Unity Church Cabin" in the 1930s.

The hut was renamed "Lingle Hut" in the 1960s when Reeves Temple purchased the property from Calvary Presbyterian Church with assistance from a donation from the family of former college president, Walter Lingle. Cecelia Conner, a lifelong member of Reeves Temple and major community leader, had read to members of the Lingle family for decades when she wrote Walter Lingle, Jr., requesting help with purchasing the property. Lingle agreed, with the condition that the hut be named for his mother who repeatedly taught Sunday School at the church. Through Cecelia Conner's tireless efforts, the Reeves Temple congregation was able to secure a new gathering space.

As of 2020, the Lingle Hut is well on its way to being repaired. Reeves Temple continues to make every effort to raise funds towards its restoration so the building can serve as a much needed community space. 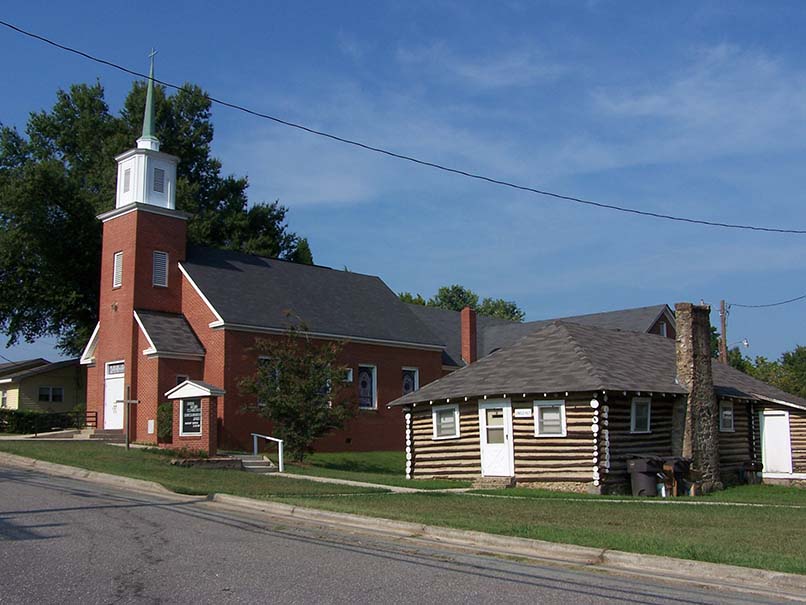 To the right of the brick church, you will find the Lingle Hut, formerly the mill chapel.