Activism and Protests at Davidson College

A guide to archival collections and materials related to the history of student activism at Davidson College.

David Played A Harp is the autobiography of Ralph W. Johnson, an African-American barber who owned the local barbershop that was picketed by Davidson students.

In the fall of 1962, Ben Nzengu became the first African student at Davidson. His enrollment, along with that of another Congolese student began the period of racial integration at Davidson. In 1964, the first African-American students enrolled. During this time, campus opinions on integration varied widely among students and faculty, with individuals in both groups in support and in opposition. Once Davidson became integrated in 1962, these tensions continued at both the college and in the town. Some businesses in Davidson, including a local barbershop, refused service to the Black community. In reaction to this, some Davidson students organized boycotted and picketed the shop until service to the Black community (not just Black students) was provided.

After this, students continued to demonstrate and petition for the equal treatment of Black students. For example, members the the Sigma Chi Fraternity accepted Mike Maloy '70 as the first Black pledge and fraternity member on campus. In 1969, Sigma Chi disaffiliated with its national chapter as a result of the national organization's refusal to acknowledge Black pledges ("Sigma Chi Disaffiliation Dissention Splits House"; The Davidsonian, October 17, 1969, pg. 1). 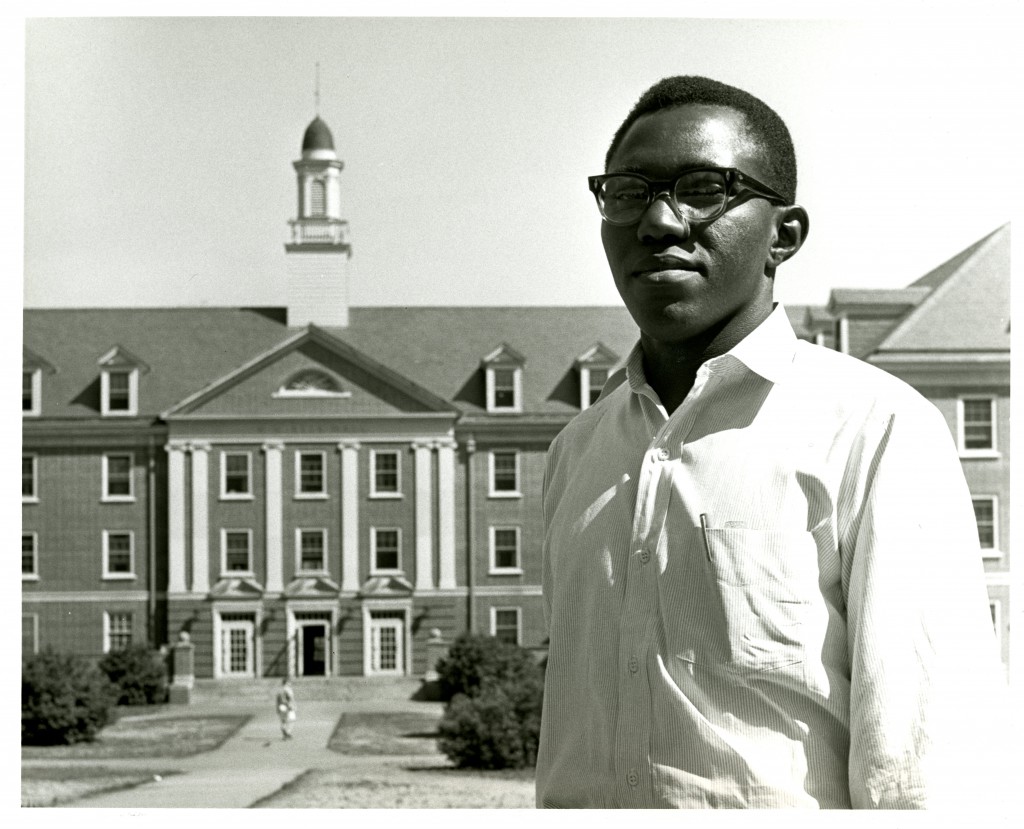 Listed below are select resources related to integration and the Civil Rights Era at Davidson.

Campus publications, such as student newspaper The Davidsonian, covered events related to student activism and campus issues. For more information on integration and the Civil Rights Era, browse digitized issues of The Davidsonian, online and available here. Individual issues are searchable by keyword.

Select articles related to integration and the Civil Rights Era include:

For more information about archival materials and collections related to integration and the Civil Rights Era, please explore our Integration at Davidson research guide (linked below).