How to Find a Call Number

How to Read a Call Number

The Library of Congress System is commonly used in academic institutions. In the Library of Congress classification system, every call number has four lines. The first line contains two or three letters, which widely define the subject of the book (ex: architecture). The second line contains a number (called a cutter) that further defines the book's subject (ex: brutalism). The third line contains another cutter which further narrows down the book by its subtopic, author, or language (ex: brutalist architecture in Boston). The fourth line tells you when the book was published.

The following infographic from SlideShare illustrates the anatomy of a call number in the Library of congress system. 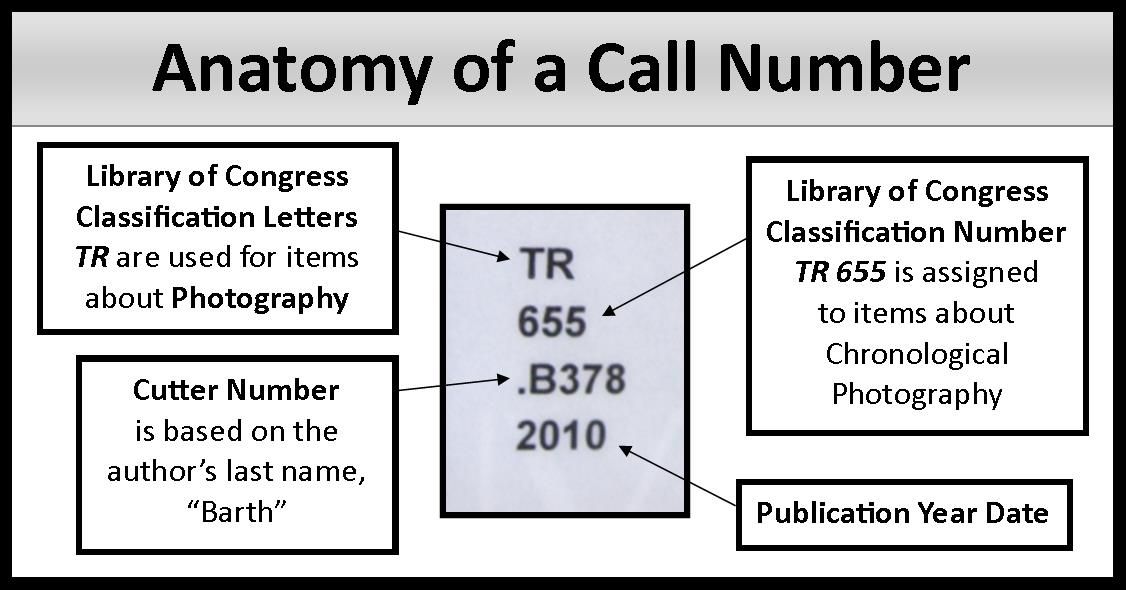 The Dewey Decimal System is the most widely used Library classification system. In the Dewey Decimal classification system, every call number has four to five numbers. The first number categorizes a book into one of ten broad main classes (ex: art). The second number categorizes the book into a more specific subset of this category, called a division (ex: architecture). The third number acts much the same way, further categorizing the book into what is called a section (ex: the architecture of public structures.) The fourth and fifth numbers, which come after a decimal, further classify the book in it's specific section (ex: brutalist architecture in Boston)

The following infographic from Amyallender.com illustrates the anatomy of a call number in the Dewey Decimal system. 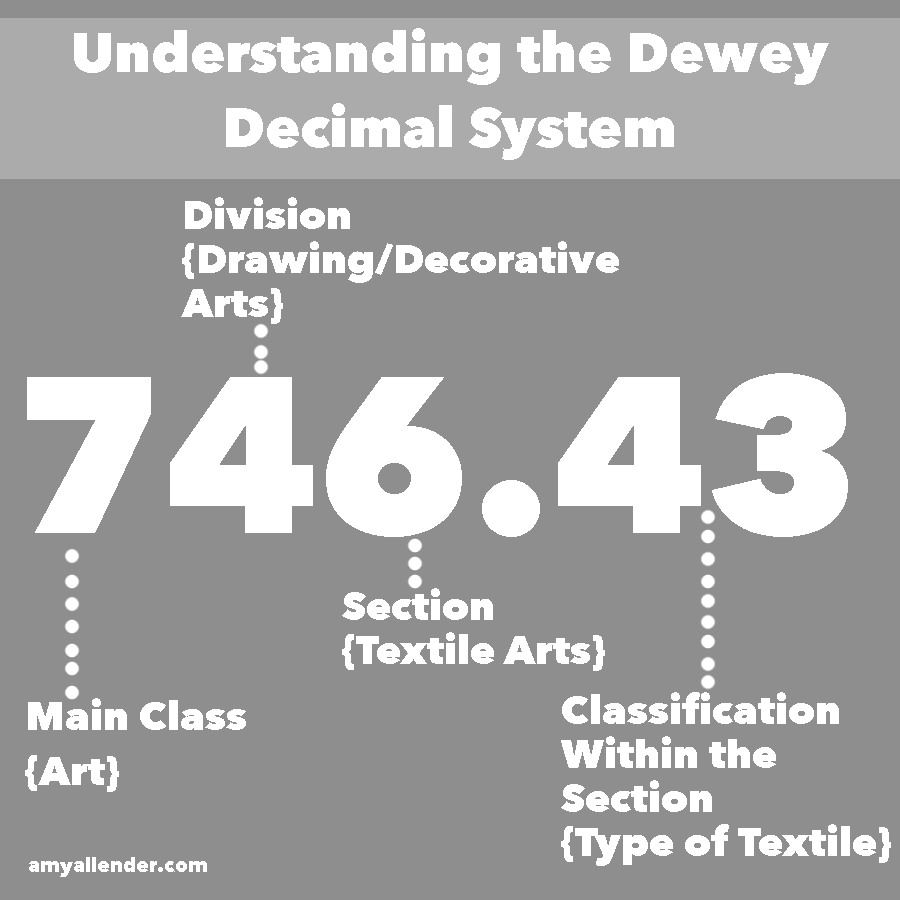